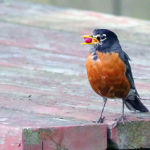 For many homeowners, making the decision to buy replacement windows isn’t just about cutting their energy bills and improving the look of their homes. In fact, one of the main reasons energy efficient windows, like our Energy Xtreme series, are so popular is because they give each homeowner the chance to make a difference and a very real shot at protecting nature. Using less energy directly translates to less environmental impact, after all.   All factors to take into consideration when purchasing new windows.

Taking Eco-Friendly to the Next Level

According to recent scientific research, hundreds of millions of birds are killed every year in North America when they fly into windows. Unlike humans, birds cannot see the distinction between a pane of glass and empty space. Subsequently, they think nothing of trying to fly through our windows, a daredevil move that usually ends with a broken wing, or worse.

Thinking to get ahead of the problem, Arnold Glas, a European window technology company, invented Ornilux. New windows using this Ornilux technology appear completely normal to the human eye. As far as we’re concerned, any window featuring this bird deterrent is just another option for energy efficient windows. However, for birds, creatures with the ability to see in the ultraviolet light spectrum, Ornilux windows look like a patchwork of lines, closely resembling a net. The effect? Birds stay away.

There’s no doubt that for the conservationist and eco-focused homeowner the technology created by Ornilux is a fantastic new way to keep making a difference when buying new windows. However, what if you feel that saving a few birds isn’t quite worth the cost of robin-repelling options?

Well, consider this: every time a bird strikes your windows, there is a considerable chance that they are going to leave a noticeable crack, especially if they’re a bigger breed — just ask the countless number of homeowners who’ve woken up to an unexpected draft, only to find the body of the culpable bird laying just beneath the window outside. If that happens too many times, you’re bound to notice the repair bills stacking up.  In other words, bird-repellent windows will change the game for the animal lover and the financially savvy homeowner alike — assuming, of course, they ever find their way across the pond from the United Kingdom. 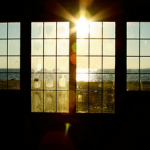 On average, according to the U.S. Energy Information Administration, American homeowners spend $395 each summer on their air conditioning bills. When the sun is beating down through your windows and the humidity is at 90%, the last thing you want to do is bake in your home. Having said that, too many Americans think that the huge annual A/C price-tag is just a fact of life. However, we’re hear to tell you that you can have all the comfort of an air conditioned home without the huge costs.

Replace Your Windows in the Spring

By having replacement windows installed in your home before the summer comes, you can cut a huge chunk out of your seasonal and annual energy bills. Quite simply, American homes with old or damaged windows waste from 10 to 25% of their heating and cooling bills every year.

If you notice that no matter how much heat you pump into your home in the winter it stays cold, chances are your windows are leaking. Likewise, how many scorching summers have to go by with your costly A/C being jettisoned out into the sun before you realize it’s time for new windows? The spring is often considered to be the best time to have your new windows installed; after all, it’s neither too warm nor too cold for your window company to come and do their work. Plus, you can start reaping the benefits of a full set of energy efficient windows before the summer starts.

Benefits Beyond the Summer

As every Western New Yorker knows, the summer ends far too quickly around these parts. In the blink of an eye, we go from the oppressive heat of Buffalo in July to the ceaseless snows of November. Not only can seeking out replacement windows help you to better weather the physical and financial challenges of the summer, but updating your windows means better protecting yourself for many years to come. Consider, depending on the type of window you choose, the return-on-investment can be as high as 78.7% for the life of your windows.

The summer is coming fast, bringing with it a stack of high energy bills. If reducing your costs, not only for the summer but for many years, is as simple as replacing your 20-year-old windows with the energy efficiency of Energy Xtreme, why wouldn’t you take that leap? 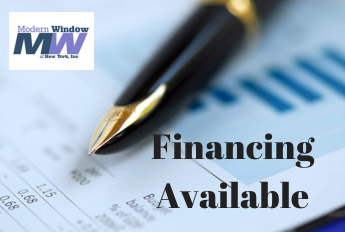 We are here to answer all your questions regarding window installation, window replacement and window repair. Please feel free to contact us at:

The whole process was done as scheduled and everyone we had contact with was friendly and helpful.

Great job. I was impressed. They knew exactly what to do, went at it, cleaned up and everything looks great. Thank you!

The install “team” worked so well together. They were polite, courteous, hardworking and very efficient. We were impressed at how much knowledge each of them had for the product they represent. It’s great to see people care about their jobs and take pride in what they do.

The crew was punctual and professional. They took every measure to ensure our satisfaction to the job being completed. We love the new windows, the bearer and the frosted window in the bathroom is a big plus to privacy. With time all the windows will be changed to a Modern Window.

The men did a great job. Very efficent at doing their job. Well done and cleaned up very well. Some of the nicest men we have ever had work done by, answered all questions. Great job, great product! 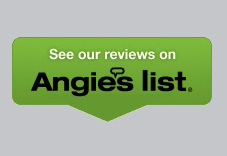 We Support the NFRC 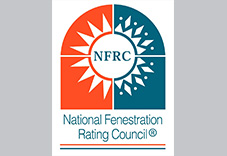